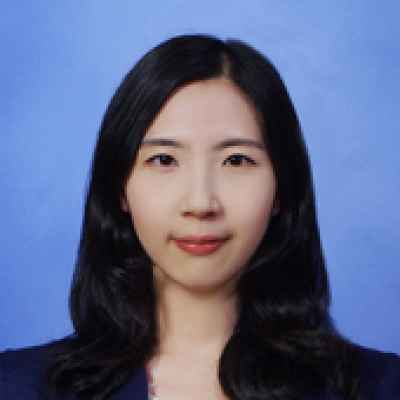 Hand in Hand in Japan: Information Literacy and Academic...

A lecturer in the Department of Environmental Studies at Tokyo City University recognizes the challenges of laying...

Students come to us from different cultures, which include gender and academic background and socioeconomics and history of academic success, in addition to race and nationality. Our students come to us with scars and wounds and muscles alike.

And yet the work of an educator doesn’t end with an acknowledgment of these cultural factors. We navigate cultural context within the classroom--sometimes while learning in real time about that very cultural context.

And thus this blog post series on Cultural Differences in Plagiarism; we hope to shed some light for you.

In this case, we go specifically to South Korea, to discuss the ways in which academic integrity is addressed in the South Korean educational system. Each student we’ve interviewed studied in both South Korea and the United States, offering unique perspectives.

Highlighted are responses from:

We asked each one of them about their home culture’s perspective on plagiarism and academic integrity, their transition to a different cultural experience, and how they have bridged gaps while acknowledging and respecting cultural differences. So many of the students’ responses reinforced a common experience that we felt the need to compile them here in one comprehensive blog post.

Their answers describe the South Korean education system’s practice of the “banking model of education,” coined by Paolo Freire, which uses the metaphor of students as passive containers into which educators deposit knowledge. It is a largely utilized pedagogy, yet one that does not focus on original thought.

Consequently, mimicry resonated throughout the described South Korean student experience. Notably, the aforementioned students don’t feel plagiarism was addressed in their home culture, short of the basic understanding that copying cohorts’ work was not condoned.

Hye-won Lee, who earned a Ph.D. at Iowa State in Applied Linguistics and Technology, says:

“I was not aware of the concept of plagiarism much during school years. I learned from my teachers that copying friends’ homework was bad conduct, but I guess that was the only case of academic integrity I learned regarding writing activities.”

Lee continues, “I was actually encouraged to memorize verbatim sentences from my textbooks and use those word-for-word for my responses to open-ended questions in midterms or finals. The closer to the original sentences my answers were, the higher scores I received. In doing so, I was never taught to insert proper citations to avoid plagiarism and thought that it was allowed and even necessary to copy ‘model’ sentences exactly because it was the only ‘best’ way to express a given idea.”

This experience was shared by other students, who emerged from secondary education with only a vague awareness that copying the work of cohorts’ was wrong.

That said, once they continued their academic journey in the U.S., the anti-plagiarism message very much sharpened into focus, largely through the form of punitive consequences.

Lee states, “During the orientation held before my first quarter started [in the U.S.], I was told repeatedly that it was a detrimental crime to copy someone else’s text without proper devices, which might lead to cancellation of my student visa and being evicted. It was a big alarming sign to me, and I started to become aware of the seriousness of this issue.”

So how does one build a bridge between different cultural contexts when it comes to academic integrity? So many students, not just from South Korea, but even within the U.S., do come from a banking model experience. How can educators promote original thought and agency to students?

“My perspective on academic integrity has changed as I experienced learning different perspectives on reading and writing. Inspired by dialogicality and heteroglossia (Bakhtin, 1981) and literacy as social practices (Barton, Hamilton, and Ivanic, 2000; Bloome & Egan-Robertson, 1993), I approach academic integrity as a kind of legitimate participation in a field that requires participants to be equipped with shared knowledge and communicative competence. That is, what counts as academically appropriate depends on situated contexts, where writing occurs, shaped by the history of the discipline and its community.

This perspective allows me to avoid a linear perspective of literacy and to have a more inclusive view in teaching writing, as my students from different backgrounds had different assumptions and understandings of what counts as appropriate academic writing.”

He notes that academic integrity is about continued discourse--and that citations only lend legitimacy to an ongoing academic conversation.

Inclusion, too, is about giving students agency and acknowledging their unique backgrounds, not dismissing them as something wrong, but as something on which to build.

Choi continues, “As students become socialized into the way of writing in America, a great deal of international students undoubtedly tend to believe that [the US] way [is] more academically appropriate and scientifically-grounded than their home-cultural way of writing. I believe this tendency makes them miss the opportunity to expand their view of writing and to have a more inclusive and creative perspective of literacy.”

The bridge-building is not far off from what teachers are doing in the classroom to address academic integrity. We can’t miss basic steps such as the one Iowa State University Ph.D. student and ESL instructor, Hyun-woo Kim points out:

"To bridge the gap between home cultures and an academic setting at the university, ESL instructors could ensure students’ academic success by clarifying what counts as academic misconduct in a new academic setting.”

But ultimately, it is about acknowledging differences while respecting students’ cultural backgrounds. Lee’s statement is probably the most holistic way to approach such differences, as she states:

“I tried not to evaluate students based on my own standards, but listened to their story first and tried to understand their viewpoints. It is important to be open-minded and accept diverse cultures when teaching multicultural student groups.”

“There are multiple ways of writing and they are always contextualized and ideological,” says Choi.

We reached out to students for insight, aiming for a holistic understanding of cultural context. We were gifted with a snapshot of differing educational systems. And thanks to Lee, Choi, and Kim--we have insight on approaches beyond enforcement. We hope we’ve enabled you to embrace differences and shepherd students to original, innovative work.