Scenarios that highlight the importance of using the Similarity Report as an investigative tool. 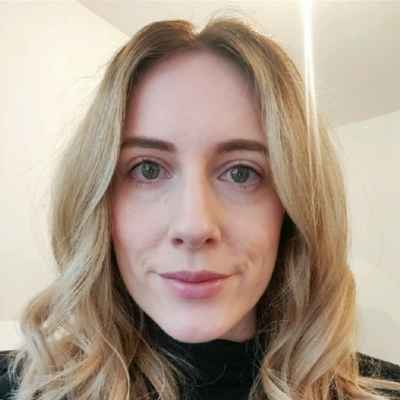 A Similarity Report to be Proud Of

With large classes to support, it isn't surprising that some Similarity Report options remain undiscovered by our...

Don’t judge a score by its color

Contrary to popular belief, there is no perfect Turnitin similarity score. No two papers are the same, and therefore, no two Similarity Reports will tell the same story. The Similarity Report is a powerful resource, solely created for human interpretation (yes, that’s you!).

At Turnitin, we believe that it’s perfectly natural for the contents of a paper to match against some of our database. If a student has used quotes and has referenced correctly, there may be instances where we will find a match and this will contribute towards their paper’s similarity score. And that’s okay!

The Similarity Report aims to act as an investigative tool, highlighting any problem areas in a student's paper; in turn, this allows instructors to determine whether a match is or is not acceptable.

It's not true that the color of a student’s similarity score, found in the assignment inbox, indicates the amount of plagiarism uncovered by Turnitin. Similar text does not equate to plagiarism. Let's take a look at the scoring scenarios that might make you think twice about accepting a Turnitin similarity score at face value.

In this case, generating a new Similarity Report for the two matching papers will immediately identify collusion, allowing you to follow institutional policies. It is now up to the institution to investigate the identity of the original author.

Matthew hasn’t studied enough within the semester to complete research on his assignment topic; he's resorted to copying and pasting a large piece of text - sourced from Wikipedia - and has used this content as his own. This has resulted in a similarity score of 30%. In comparison, Dennis has a firm basis of knowledge for the same assignment and knows enough to gather information from several sources and cite correctly. Dennis received a similarity score of 32%.

As expected, both students are likely to match against the Turnitin database, on the basis that their instructor has opted to search against all of the available repositories. However, whilst the similarity scores are close in number, it’s clear that one paper is illegitimate. To separate the scores, it’s advised that the instructor excludes quotes and bibliographic material from their students’ Similarity Reports to refine the score of the student that has not plagiarized.

Celine has submitted the same paper to multiple classes, resulting in jaw-dropping similarity score of 100%. She's checked her Similarity Report, which shows a match against another student in her institution. Celine immediately breathes a sigh of relief because she knows her paper has matched against a paper she submitted to a different class last semester. That's okay, right?

This is not okay! This is an example of self-plagiarism. To quickly resolve the issue, the instructor can exclude Celine's paper from last semester from the Similarity Report, and explain the severity of self-plagiarism within the institution. However, as a long-term fix, we'd also recommend discussing self-plagiarism with students and the ethical implications that surround it.

You’re grading an exceptionally well-written paper. Wow... this is phenomenal! And even better, your student has received a similarity score of just 12%. Whilst you're about to grade favorably, you stop for a moment. This paper doesn’t seem to match the level of writing that this student has submitted to you in the past. Could they really have improved so quickly?

While it’s entirely possible that your student is the author of this content, it’s important to consider other possibilities. They may have plagiarized a paper that has previously been submitted to an institution’s private repository or no repository at all, which reveals the importance of submitting to the standard paper repository. Alternatively, the paper could have been purchased from a ghostwriter.

The moral of the stories

If you’re interested in tackling any of the issues raised in our scoring scenarios, read our blog post: A Similarity Report to be Proud Of for tips on creating the perfect report.