Is Recycling Your Own Work Plagiarism? 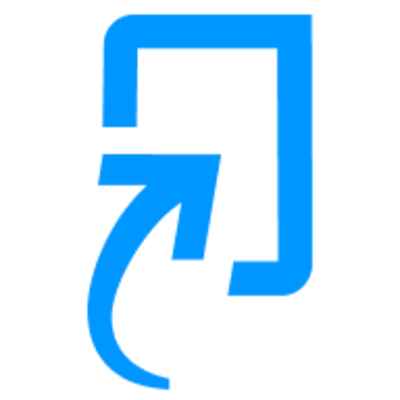 How to Pick the Best Plagiarism Checker

We've made a list of the key criteria and questions to consider when finding the best solution for your students,...

What is self-plagiarism and what does it have to do with...

Writers often claim that because they are the authors, they can reuse their work, either in full or in excerpts, over and over again. How can re-publishing one's own work be defined as plagiarism if the author has only used his or her own words and ideas? This white paper explores the definition of self-plagiarism, how it crosses into copyright laws and ethical issues, and the different ways an author can avoid this increasingly controversial act of scholarly misconduct.

Let's look at one scenario: Leslie is an assistant professor going through tenure review with significant pressure to publish. An article she is writing for a journal piggybacks on a recent conference presentation that was also published by the conference sponsor. Leslie would like to integrate the writing from the conference presentation into the article. She faces an ethical dilemma: to repurpose her own writing from one text and use it for another, thereby increasing her number of publications for tenure, but from the same work. Doing so, Leslie might commit what Scanlon (2007) calls "academic fraud," a form of self-plagiarism (pg. 57).

As Roig (2006) suggests, self-plagiarism occurs "when authors reuse their own previously written work or data in a 'new' written product without letting the reader know that this material has appeared elsewhere" (pg. 16). Roig identifies a few types of self-plagiarism:

According to the OED definition, in the strict sense recycling papers would not be plagiarism.

However, Merriam-Webster Dictionary (2011) defines to "plagiarize" similarly with the additional description in the second definition below:

So, in the Webster definition, recycling one's own papers would fall under "to present as new and original an idea or product derived from an existing source" and is, therefore, considered plagiarism. But what is more important than the definition of plagiarism, and whether it is possible to "self-plagiarize," is the ethics behind self-plagiarism.

Publications manuals have a set standard regarding self-plagiarism. When an author publishes in a journal, the author often signs over rights to the publisher; thus, copyright infringement is possible if an author reuses portions of a previously published work.

Copyright law "protects original works of authorship" (www.copyright.gov). The Chicago Manual of Style (2010) provides the author's responsibilities in guaranteeing authorship: "In signing a contract with a publisher an author guarantees that the work is original, that the author owns it, that no part of it has been previously published, and that no other agreement to publish it or part of it is outstanding" (pg. 142).

Authors can quote from portions of other works with proper citations, but large portions of text even quoted and cited can infringe on copyright and would not fall under copyright exceptions or "fair use" guidelines. The amount of text one can borrow under "fair use" is not specified, but the Chicago Manual of Style (2010) gives as a "rule of thumb, one should never quote more than a few contiguous paragraphs or stanzas at a time or let the quotations, even scattered, begin to overshadow the quoter's own material" (pg. 146).

In addition to following fair use guidelines, authors need to recognize that copyright is not merely for published text. According to the U.S. Copyright Office (2010), a "work is under copyright protection the moment it is created and fixed in a tangible form that is perceptible either directly or with the aid of a machine or device."

Biomedical journals, in particular, have had significant problems with copyright due to self-plagiarism and many have taken a stance against the practice in publication. Some have gone so far as to request the author's previous manuscripts to ensure that the work is original (Roig 2006).

It seems that even the American Psychological Association (APA) has taken a recent position against the practice by addressing self-plagiarism in the 2010 sixth edition of the publication manual, a discussion, which is absent from previous editions.

The American Psychological Association (2010) suggests the following regarding reusing one's own text: "When duplication of one's own words is more extensive, citation of the duplicated words should be the norm" and "must conform to legal notions of fair use" (pg. 16).

The APA also gives some guidelines for writing practice: "The general view is that the core of the new document must constitute an original contribution of knowledge, and only the amount of previously published material necessary to understand that contribution should be included, primarily in the discussion of theory and methodology. When feasible, all of the author's own words that are cited should be located in a single paragraph or a few paragraphs, with a citation at the end of each" (pg. 16).

Roig (2006) offers writers a comprehensive list of guidelines for avoiding plagiarism, four of which deal specifically with self-plagiarism, as follows:

Technology like iThenticate by Turnitin is another way to avoid self-plagiarism. By comparing written work against the largest database of scholarly, full-text content, authors and researchers can screen their work prior to publication submission and organizations can protect intellectual property by verifying original content.

The issue of self-plagiarism is becoming more and more prevalent, and some fields, particularly in STM organizations, such as biomedicine, have seen a rising trend in self-plagiarism. The APA publication manual has no discussion of self-plagiarism in its fifth edition, but addresses it twice in the sixth edition, perhaps to prevent such practices. Organizations and individual authors and researchers can take preventative measures in their writing practices and editing processes, including the use of technology that helps detect potential self-plagiarism before submitting their work for publication.