Turnitin and its expansion at the Universidad Continental of Peru, an experience of fast adaptation to new contexts 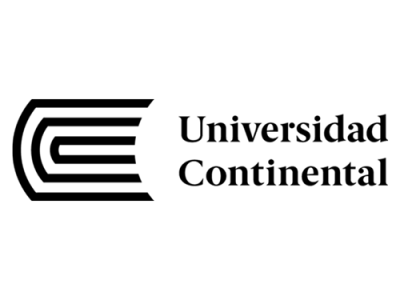 The Universidad Continental is a private institution with 23 years of history that was founded in the city of Huancayo and later expanded to Lima, Arequipa and Cuzco. Its nearly 50,000 students are distributed in different modalities according to their preferences -Face to face, Hybrid and distance learning- and among its different programs: undergraduate, graduate, language center, specialization courses and the Instituto Continental, for technical careers.

In recent years, the institution has placed particular emphasis on achieving a positive impact from the activities, actions and projects in which it works, always in tune with the digital transformation and the Sustainable Development Goals, especially in terms of gender, equality and vulnerable populations.

"The Universidad Continental's mission is changing from an institution that provides services to students and faculty to one that increasingly serves the people of its community. That is our aspiration," states Cecilia Justino, director of the Information Hub and the Editorial Hub, about the university's changing challenges.

Change has become part of the institution's DNA, which sees itself as a constantly evolving and transforming entity. "There is a tendency towards innovation and continuous improvement; our procedures are constantly under review," says Roberto Sotomayor, research coordinator.

It is an intentional impulse that flows from the top down in the institution and that, as much as it seeks innovation, it also understands the processes of trial and error. It is in this ongoing process of searching for and experimenting with products and services that can serve both students and teachers that Turnitin is implemented at Universidad Continental.

Turnitin arrived at a key moment in terms of the challenges faced by the institution at the time, and those that would come later but were not yet known, such as the COVID-19 pandemic. The first one, which is global in nature, has to do with the competitiveness that currently exists in the educational sector, as a consequence of the large number of institutions that exist and the variety of programs that are available all over the world. Related to the above and also to COVID-19's measures in this regard is the fact that, nowadays, it is possible to study from anywhere in the world, and therefore, it is crucial to keep up to date.

It is in this context that the second challenge arises: just as the university transformed all its services to the virtual scenario in March 2020, it is now preparing to offer different modalities in March 2022.  "The university is facing these challenges; working precisely to be able to find a way to stay current, and to always offer added value to its students," adds Cecilia Justino.

But it was in 2016 when the university began to look for new tools to offer other services as its enrollment grew. The topic of originality was starting to be talked about more strongly in the educational field; in addition, the state itself was also creating guidelines and rules to regulate the way in which universities evaluated their theses. All this made the Universidad Continental look at Turnitin Feedback Studio.

Since its implementation, the problem of academic integrity has become visible, both in the field of research as well as at other educational levels. Thus, they began to work with concepts such as copyright, the importance of citation or referencing and, in general, intellectual property.

"Turnitin helped us to generate other means and other circumstances in which to work on the issue of academic integrity, not necessarily explicitly but also implicitly. And to reinforce these behaviors in students and teachers alike," explains Sotomayor.

Since then, the impact has been immense: after taking its first steps in the area of research and thesis writing, its use has expanded to a list of subjects, many of which have found a previously unimagined use for it, such as mathematics, neuroscience or law.

The students have not only assimilated the principles that Turnitin works with, avoiding bad academic practices more and more naturally, but they have also incorporated the good habits that come with its use. On the teachers' side the change is not minor: to the time savings generated by Feedback Studio they  have now added Turnitin Draft Coach, a tool in which students, when creating their work, can obtain data to help them cite correctly and receive automated feedback, as well as a similarity report before submitting their text to the teacher.

"What I like the most about the tool is its evolution and how it has been adapting to new contexts: Turnitin has been perfecting its form and its work structure," concludes Juan Carlos Quispe, Coordinator of Information Technologies and Systems.