Brendan Kelly, Senior Preceptor of Mathematics at Harvard University, adopted Gradescope in order to streamline grading. The outcome has been curricular and student equity improvements.

Grading has improved with enhanced efficiency, consistency, and quality.

Until [Gradescope], we've never been able to know with this level of granularity, what our students are having trouble with.

Brendan Kelly, Senior Preceptor of Mathematics at Harvard University, wanted a more efficient and meaningful way to grade student exams. “Our typical feedback to students was ‘minus three’ and that doesn’t describe anything at all about what the student had attempted, why it was incorrect, or what they could do next.”

Additionally, Kelly wanted to streamline the time and coordination required for onsite grading sessions. “We used to have grading parties and they would stretch until midnight.”

When he heard that this technology existed, he says, “my mind just went on fire,” and began searching for a solution that would allow for ease of use and transparency into student performance data.

“We’re using Gradescope in about four classes, reaching about 600 students,” says Kelly, adding that Gradescope has revolutionized grading and testing at Harvard.

Instructors no longer have to be on site to grade papers en masse. “People can work on their own time and that really is a great thing for the whole team.” Kelly notes that such flexibility doesn’t sacrifice consistency, “At the same time, it doesn’t sacrifice any oversight because I can go and look at how the graders grade certain things and make changes on the fly that apply to all the exams.”

Pinpointing student challenges by examining Gradescope’s question-level statistics has been especially helpful and actionable. Kelly offers an example—“On my last exam, 17% of my students found the right critical points in an optimization problem but they failed to actually test whether it was a max or min.”

Kelly says that they’ve changed the curriculum to address that gap in knowledge:

“We have a much more explicit goal in our curriculum and we’ve inserted a practice problem that addresses that misconception. So what will be interesting is, in our next iteration, can we get that 17% down and I think until now, we’ve never been able to, with this level of granularity, know what our students are having trouble with.”

Gradescope’s efficiency is palpable and its impact on equity, a critical advantage. Managing regrade requests via Gradescope, he says, “is much more equitable than requiring students to come to my office. It also short-circuits possible integrity concerns because they can’t erase their answers and write new things. We have a scan of it.”

“Another unintended consequence,” says Kelly, “is academic honesty. We now have an amazing record of student work and that documentation allows us to see if there is any suspicion.”

“I don’t think we anticipated how valuable it is to have artifacts of student work—I’m able to look at the previous final exam and think, while I make changes to this year’s exam, what was it that was difficult—was it language or a mathematical concept?” 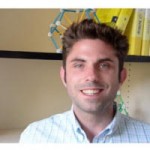 In this case study, we examine a physics professor’s adoption of Gradescope, which has saved him time, increased...

Meet the Amazing Educators Who Work on Gradescope

Want to meet some of the educators who work on Gradescope? Here they are.

Gradescope by Turnitin Recognized by SIIA as Best Science...

Gradescope by Turnitin won the 2019