Student engagement and learning has increased as a result of Gradescope’s optimized assessment.

Gradescope has enabled consistent grading of assignments across multiple graders (3-4 per semester).

I haven't yet met a member of faculty who started using [Gradescope] and decided that no, it wasn't a good idea.

Before Gradescope she adds, “I graded on paper. I always graded one question at a time for all the exams, because I wanted to be able to try to enforce consistency. But again, if it takes me an hour or two to grade question one, I think there was a significant difference between how the first people were graded versus how the last few of those questions were graded.”

Klukowska says grading consistency and efficiency has improved with Gradescope, which she uses in all her courses. “I used to laugh that I need a rubber stamp that has a particular error written on it so I can just stamp every single exam instead of writing it every single time. And Gradescope basically is this rubber stamp with all the possible versions of the comment that I need to make.”

In addition to exam-grading, Klukowsa was curious about using Gradescope to grade assignments. In her data structures class, for example, she has traditionally had several undergraduate students assist in grading assignments. However, she says, “It was always a huge challenge to get them to grade consistently. I would end up having huge differences in the average grade assigned by one grader versus another grader.”

Gradescope’s autograder platform, designed to support programming assignments, has addressed and solidified assignment grading consistency in Professor Klukowska’s computer science courses. “I had a few graders who were working with me before Gradescope,” says Klukowska, “and after I started using Gradescope, they said that it simplified their life and made grading much, much faster. They didn’t have to worry about sitting there and trying to compile students’ code; they had all the results in there and they only needed to go through the code and read through it in most of the cases.”

The benefits of Gradescope, Klukowska states, go beyond grading to increased student engagement. She says students are eager to submit assignments into Gradescope and receive feedback early on in the learning process. Additionally, since requiring students to upload recitation activity to Gradescope, “the attendance to recitations actually increased because now they know they’re graded for it.”

Furthermore, she says, exam grading has become an informative process not just for students but for herself as the instructor. Klukowska states, “In addition to just helping with grading, Gradescope’s question breakdown is a huge resource. It’s having all the data that I can then pull out and reflect on. If they’re all making the same error then it’s probably something that we need to review or something that I didn’t cover in the best way or something that next semester I’m going to be spending much more time on.” 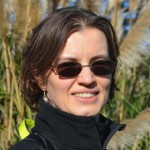 In this case study, we examine how Gradescope helps improve grading feedback and efficiency in mathematics courses...

In this case study, we examine a physics professor’s adoption of Gradescope, which has saved him time, increased...

Meet the Amazing Educators Who Work on Gradescope

Want to meet some of the educators who work on Gradescope? Here they are.