Bloomsbury Institute
in numbers
1,600
enrolled students
99%
of students come from family incomes of less than £20,000
80%
of students are English Language Learners
Location
London, United Kingdom
Product
Originality
Institution Type
Undergraduate and Postgraduate
Mission
To offer students from all backgrounds the opportunity to define and pursue success through education.

In one year, 91% of active instructors offered feedback on student submissions through Feedback Studio

The implications for any law student found to have contract cheated are serious and could be fatal for their fitness to practice if they wish to enter the legal professions. For us, being able to use Turnitin to assist in the investigation of actual academic cases by offering evidence to either support or refute a case to satisfy an institutional integrity panel or hearing-is invaluable.

From professional to professor

Working with integrity has always been a priority for Dr. Joe Stevens. As a former police officer, he has seen firsthand the value of facing challenges with rectitude. Additionally, with degrees in Criminal Law and Security, as well as a PhD in International Human Rights and Terrorism, Dr. Stevens imbues his career and his teaching pedagogy with a rigorous level of responsibility and authenticity.

Dr. Stevens joined Bloomsbury Institute (then the London School of Business and Management) as a Principal Lecturer and LLB Course Leader in 2014. Immediately, he saw an opportunity for the institution to go deeper in its prioritisation and protection of original work. “When I came into academia, academic integrity matters were something that came naturally to me; people would just pass them to me, but also, I was generally interested.” Stevens says that, particularly for law, graduates need to complete their work at a very high level. “What you don’t want are people qualifying and going off into law who have not been able to develop themselves within their profession,” he says. “It’s a worry for us all.”

In 2012, Bloomsbury Institute adopted Turnitin Feedback Studio as a learning tool and to ensure the integrity of student work, providing students with the option to receive feedback, edit, and revise their work before final submission. In 2015 alone, over 91% of active instructors offered feedback on student submissions through Feedback Studio. Additionally, after implementing Turnitin tools, Bloomsbury had absolutely no cases of suspected commissioning in submitted dissertations and a notable reduction in suspected cases in other subjects.

Bloomsbury enrols around 1,600 students across the three disciplines: business management, accountancy, and law. A majority of students are non-native English speakers and nearly a quarter of total enrolled students are working towards a degree in law. Because of the nature of the discipline, it is essential for Bloomsbury graduates to enter the workforce with a deep sense of responsibility and integrity. “[Turnitin] completely fits with what Bloomsbury is about,” says Stevens, “Honesty, integrity, about being yourself, about being curious. We want our graduates to be able to go into the workplace and do what it says on the tin.”

Protecting the integrity of student work

The same year that Stevens started working at Bloomsbury, several esteemed Australian universities were caught in a contract cheating scandal that involved several hundreds of students and their use of online essay mills. Contract cheating, or the practice of engaging a third party to complete an assignment, was clearly on the rise.

As a small and private institution, Stevens felt Bloomsbury might be vulnerable to this growing threat, so he sought ways in which the institution could further investigate this growing form of academic misconduct. “I was particularly interested in [contract cheating] and read widely on it, but we were finding it difficult to try to investigate and to conclude [wrongdoing].”

In 2018, Stevens was introduced to Turnitin’s authorship capabilities and saw how they offered data-backed insights into student cases of academic misconduct, specifically in suspected cases of commissioned papers. There, he saw how Turnitin’s technology utilises forensic linguistic analysis and Natural Language Processing, similar to the processes used in real-world investigations, to analyse written documents and verify authenticity. “I could understand from forensic linguistics how the tools worked. It seemed to make sense,” says Stevens. Following the conference, he immediately approached his administration to suggest the early adoption of the authorship capabilities. “I came back to Bloomsbury, formulated a business plan, and took it to the board of directors... And one of the directors said, ‘there is no other answer to this, of course we’ve got to do this.’”

From gut instincts to actionable insights

Dr. Stevens felt that forensic linguistic analysis could offer additional support for instructors gathering information in contract cheating cases, transforming an initial inclination into an actual process. “We live in an academic environment where we are evidence based… and yet when we’re looking at somebody’s work, often it comes down to almost a gut feeling that you just don’t think this is the student’s work.”

Prior to the availability of authorship features as a part of Turnitin, Bloomsbury instructors found it challenging to gather enough information to support an investigation process; however, after just a few months of usage, Bloomsbury instructors found that the technology provided an efficient and accurate way to collect data. “[What we like is] the ease of the reports, the ability to download the reports, and the ability to highlight any differences in student work,” says Stevens.

Looking to the future with integrity

Since Bloomsbury’s early adoption in 2019, over 35 misconduct cases have been shepherded through the investigation process, utilising extensive reporting and documentation to uphold the institution’s quality standards. Feedback Studio usage has also expanded and 2019 brought a 12% increase of instructors using feedback tools to mark student work. And, because the new authorship capabilities will soon be included within Feedback Studio’s report viewer*, Bloomsbury Institute’s submission workflow will likely only get easier. 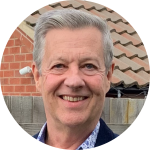