No Statute of Limitations on Plagiarism 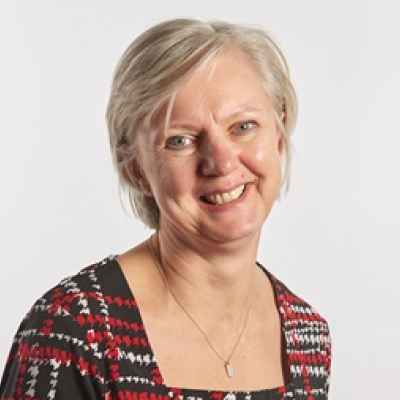 5 Things You Didn’t Know About Plagiarism

Discover 5 interesting things you probably never knew about plagiarism throughout history and in the world...

The 2016 Republican National Convention in Cleveland, Ohio, whether for good or bad, seemed poised to grab quite a...

Support students' understanding of plagiarism with this QuickMark set for Turnitin Feedback Studio. They are...

You may be surprised to learn that there is no statute of limitation when it comes to investigating breaches of academic integrity. What you did in the past may come back to haunt you decades later. It’s similar to an allegation of sexual harassment in that way; one identified transgression opens the door to investigate other potential transgressions, and you’re on the hook for all of your actions during your lifetime.

The case in point is Canadian educator (ex-Dr.) Chris Spence, the ex-Director of the Toronto District School Board (with 600+ schools, the largest school board in Canada, and one of the largest in North America.) This prominent figurehead and published author (Leading with Passion and Purpose, and The Skin I'm in: Racism, Sports and Education) is the prime example of the slippery slope of failing to uphold academic integrity during one’s lifetime. What happened to Spence shows how there really is no statute of limitation when considering plagiarism.

Let’s look at the catalyst of Spence’s professional trajectory and the subsequent repercussions to his career. In early 2013, Spence authored an opinion piece that was published in one of Toronto, Canada’s daily newspapers, The Toronto Star. For the first time in his career, he was called out for plagiarizing (from a 24-year old New York Times open Letter to the President, no less.) He resigned from his top position within a day of discovery, but that was just the beginning of the ramifications that would ensue. For as soon as a suspicion raises questions, those connected with the person have a vested interest in checking and clarifying the integrity of their association with that person.

This is exactly what happened to Spence. A network of connections looked back on Spence’s work and eyebrows were raised. If Spence, a highly-positioned educational professional of all people, lacked academic integrity, was this a newfound behavior, or were the roots for this action germinated earlier in his career?

Investigations were undertaken; education credentials were re-assessed. The Ontario College of Teachers (OCT), which credentialed Spence (and in fact, all teachers in the Province of Ontario), decided to revoke his teaching license in December 2016, citing professional misconduct. Spence’s appeal of that decision was overturned in May of 2018, on the apparent grounds of procedural missteps rather than alleged plagiarism. The OCT proceedings are ongoing at the time of writing.

Also at notable risk was a doctorate degree earned in 1996 from the prestigious University of Toronto. Although no flags were raised at the time it was written, a new review of Spence’s dissertation noted no less than 67 examples of passages that were allegedly plagiarized. (One of the passages was reported to be nine pages long. The independent tribunal counsel was quoted as saying that it was a case of “paragraph after paragraph after paragraph, page after page after page in some instances, of text taken verbatim or nearly verbatim” without quotation marks, italics or anything else to indicate it was material from other sources.)

Understandably, the reviewing committee recommended removal of the conferred degree. Although Spence spent five years and a lot of money appealing this decision, he ultimately lost his doctorate in early 2018.

In addition to the obvious mark on his reputation, it is reported that his health and family life suffered irrevocable losses during this process.

We hear about authors, journalists, and politicians (with or without speechwriters) admitting to using unattributed work from others. Most cases are publicized due to the fame of the transgressor, but traditionally, an apology or out-of-court settlement has closed the matter. It seems that backward-reaching implications may be a new trend and the fast track to ruining reputations.

Note that the first instance of discovered plagiarism in the Spence case involved two countries (Canada and the United States.) Technology, no doubt, played a critical role in identifying this rule-breaking. And if this can be uncovered between two neighboring countries, imagine the repercussions when multi-national databases share information. The stakes, I believe, can only get higher. If no other reason compels an individual to take academic integrity seriously, the strict North American demand for originality in writing should be the threshold. I implore other countries to take critical note.

In my experience, international students in North America often grapple with the concept of academic integrity in general, and plagiarism specifically. When raised and living in, for example, a collective culture that prizes collaboration over individualism, the notion that bona fide individual work is compulsory is a completely foreign theory. I have tried for years to address this gap because it is not a temporary predicament. In today's competitive academic environment, students are more frequently turning to contract cheating as well, and technology abets this behavior. Information and knowledge are so readily available and shareable that, if the tenets of academic integrity are not absorbed alongside other learnings, this disturbing trend will grow. And, unless consistent plagiarism and other academic integrity pillars are agreed upon internationally, there will always be certain populations who find themselves at a distinct disadvantage in this matter. And the consequences are very high.

In my opinion, it is incumbent on all professors and parents to contribute to setting the stage for high academic integrity standards because the international stakes are both very high and very lasting. As we’ve seen, there is no statute of limitations when it comes to academic integrity, and although someone may “get away with” some ambiguous integrity in academic writing today, they could very well lose a lifetime of achievements tomorrow. Pleading ignorance is not acceptable.

An Open Letter to President Bush

Nancy Van Dorp is a Canadian educator who has taught culture and technology courses at Sheridan College for more than 10 years. She is also a senior trainer and developer on the LearnIT2Teach project. She has delivered workshops and presentations on educational technology across Canada and has a great passion for academic integrity.