Loughborough University’s School of Science implemented Gradescope to make marking more efficient and reduce the workload for their educators. As well as time savings, they’ve seen more consistent grading, a quicker moderation process and opened up opportunities for more formative assessment for students.

A Gradescope rollout across the department has seen it used for timed assessments, coursework and final exams

Anecdotal time-savings of 30% on marking, with accompanying reductions in stress and anxiety for markers

Positive sentiment towards Gradescope from students, with opportunities to develop student experience as a result of the implementation

People have done the job manually for a very long time; since the beginning of modern universities. A colleague told me "once you start using Gradescope, you never want to go back

A timeless job, done in a modern way

Marking is an integral part of an educator’s job, but it also places huge demands on their time. The manual marking of assignments, coursework and exam scripts can dominate an academic’s agenda for weeks at a time, and limit what they are able to deliver to students.

The task may have been the same since the beginning of modern university education, but the scale of it has changed and so have the expectations of institutions, and their students.

With these changing expectations have come new pressures as well - not least the pressure of ensuring consistent, fair marking across hundreds of students.

Looking to address those issues and reduce the burden on educators, Loughborough University’s School of Science made the decision to implement an online or computer-based marking system which could effectively handle marking of numerate subjects, such as those taught in the School.

In a process led by the Associate Dean for Teaching, Gradescope was chosen, with initial trials conducted with a handful of the School’s academics, including Dr Marco Mazza in the Department of Mathematical Sciences.

“The change was night and day,” says Dr Mazza, “You remove the mechanics of adding up these little numbers. There's nothing intrinsically difficult in the process but for 200 students, many pages for each student, many numbers to sum. In practice I’d do that step twice per student, because I wanted to double check. So, you remove the mistakes, you remove the anxiety associated with that problem, and the time, obviously, because it goes much faster now with Gradescope.”

The initial deployment saw Gradescope used for end of semester final exams - with a PDF exam uploaded to Gradescope, made available to students for a fixed time period (typically two or two and a half hours) and then students uploading their completed exams back into Gradescope for marking.

With that process established, they then moved to use Gradescope for marking the mid-semester coursework.

Response from student feedback was positive, with many mentioning the ease of uploading completed assessments and a clean user interface, as well as understanding the benefits in terms of reduced workload for academic staff.

The School of Science itself has played a significant role in enabling educators to roll-out the use of Gradescope, running internal training alongside Turnitin’s own sessions, and fostering an open environment where staff exchange tips and advice on how to best use Gradescope’s features.

Are you an instructor?

You can sign up and try Gradescope for free.

Gradescope allows educators to establish and develop their rubrics as they mark. It also allows the ordering and grouping of rubrics, enabling educators to adapt their marking as they see common issues appearing in students’ work.

“To me it’s natural,” says Dr Mazza. “I don’t start with a pre-configured rubric before I start to grade, basically, my rubric is built dynamically and typically by the time I’ve seen three scripts I’ve configured it and then it’s very easy.”

It also ensures consistency, with the same rubrics applied across all students and adjustments to grading made later in the process easily applied to all previous papers, rather than requiring remarking.

“You tend to be more permissive at the beginning,” says Dr Mazza, “but as you progress through to other students you start to see the same mistakes over and over again…you tend to become a little harsher. It’s a known feature of human psychology and Gradescope eliminates that.”

Now with Gradescope, the moderator’s job is different - it’s easier and faster - you can start to focus on the more academic level, is my rubric fair in general? Am I too harsh somewhere, too easy going somewhere else, and then if there’s a disagreement in this way, it’s easy to change.

Traditionally moderators would spend a significant amount of time checking the original marker’s sums to make sure the right marks have been assigned to each student. With Gradescope, these common errors of miscalculation are avoided and moderators can give more focus to whether grading schemes have been applied fairly and logically.

Where moderators do challenge marks - they may consider the original marker has been too harsh in some areas, too lenient in others - Gradescope makes it a quick and easy process to alter rubrics by, for example, subtracting one point instead of two for a certain error and applying that to every student.

Both internal and external moderation can even be done using Gradescope, something which is beginning to happen at Loughborough, representing a logical next step in the process which traditionally involved the shipping of exam papers to another institution, and is now often done by sending PDFs.

99% of the colleagues I’ve talked to have said once you discover Gradescope you never want to go back. It’s like, you know, if you’d travelled back in time to bring a car to a Stone Age person, they'd be very happy and don’t want to go back to an Oxen-driven cart or something.

Freedom for the future

With Gradescope well-established, opportunities are beginning to open up for the future.

Currently, within Loughborough’s Department of Mathematical Science, many modules have just one formative piece of coursework mid-semester, which is worth 10% of the final mark. With large student cohorts, and educators often teaching more than one module per semester, the time required for marking has often proven to be a limiting factor on changes to that format.

With Gradescope reducing the burden of setting and marking assessments - particularly when using the multiple choice format preferred for coursework on Loughborough’s Applied Mathematics course - academic time is free to look at additional support for students, including a second piece of formative coursework to help them understand their progress.

“Removing the friction of marking allows you to do something more, because ideally we want to have more checkpoints for students,” says Dr Mazza.

Gradescope also allows for easier analysis of trends across a set of results, allowing for more detailed feedback to students and simpler identification of issues to work on.

While Gradescope has been deployed by Loughborough in an online exam environment, it will also be used once students return to the examination hall, with physical booklets and scripts designed with scanning for Gradescope marking in mind.

The expectation is that in-person examination with Gradescope will actually simplify the process by centralising scanning rather than having dozens of students scan and submit independently.

With Gradescope, Loughborough’s School of Science has an assessment solution which suits them now, and sets them up for the future.

Attend our next Get Started with Gradescope workshop

We'll offer guidance on how to deliver assessments in remote, in-person, and hybrid teaching. We will outline various options to meet your immediate needs, including: 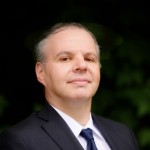