4 out of 5 of Professor Gehring’s colleagues now use Gradescope and use in other classes is growing.

Professor Gehring states that Gradescope reduces “grading time by half,” while enabling reporting and quality feedback.

I think once teachers try it and use it and see the benefits, they're locked in for life, I mean Gradescope's just that transformative."

Professor George Michael Gehring wasn’t actively looking for a solution when a colleague said, “I’ve found something that’s going to revolutionize the way you grade.”

Gehring had developed his own grading system to enforce unbiased grading and rubrics, involving manual spreadsheets to record student answers and collect statistics. His system was tedious, Gehring admits—entailing a “20-hour grading marathon,” compounded by occasionally recognizing errors mid-way through grading that he’d have to manually correct.

He was skeptical that grading software would be able to save time over his existing process. But Gradescope’s use of dynamic rubrics and systematic AI-assisted Grading appealed to him, so he decided to give it a try.

The time savings has been phenomenal. Professor Gehring says Gradescope “reduces grading time by over half.” He adds, “I don’t have to spend an entire weekend grading this exam, I can knock it out wherever I want because once I’ve scanned them in, it’s all digital.”

He lauds the fact that Gradescope upholds unbiased grading, adding, “I know I’m grading each exam blind, so I’m not biased by who the student is, and I know that I’m applying the same deductions for the same errors.”

Gradescope’s AI-assisted Grading, he says, is what sold him on the product—and it hasn’t disappointed. “I would say that grouping is probably the biggest timesaving feature that Gradescope has. Probably half of the timesaving is coming from using the AI to group things and...not having to grade each paper individually for each problem.”

He says that students who take his physics classes as prerequisites for engineering and pre-med majors are also enthusiastic fans of Gradescope, noting that he’s able to return exams immediately and online. The detailed rubrics and written feedback allow students “to see what they did wrong and use it to prepare for the next exam, to learn from what they did wrong.”

Because of Gradescope’s immediate and palpable impact on grading efficiency and fairness, 100% of physics classes are now utilizing Gradescope and 4 out of 5 professors having adopted Gradescope within one year of use. Usage has expanded within the School of Science, Engineering, and Technology--thanks to Professor Gehring’s enthusiasm and advocacy.

He concludes, “If I tried to go back to not using Gradescope at this point, I would be very unhappy about that.”

“Probably half of the timesaving is coming from using the AI to group things and identify what answers students selected and not having to grade each paper individually for each problem. I can grade multiple choice answers in 20-30 minutes for 170 exams.” 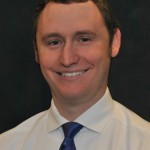 Read on to learn how Gradescope can guide instruction, refine assessment, and improve outcomes. Here are 10 ways...

What Can Assessment Do for Student Learning?

Assessment is a critical junction for learning, because there is a wealth of information in assignments and exams...

In this case study, we examine how Gradescope helps improve grading feedback and efficiency in mathematics courses...