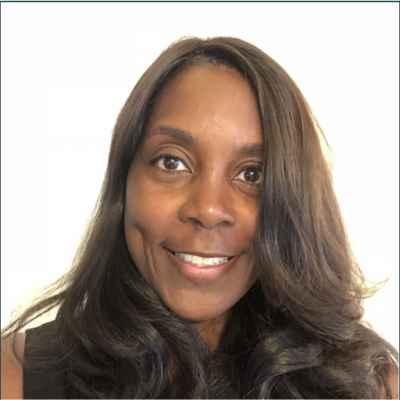 HERstory: How Turnitin Support became an incubator for...

Diversity, equity, inclusion, and belonging (DEIB) initiatives have been building momentum for more than a decade...

In Part 1 of this series, we explored the numbers - how the Turnitin Technical Support team moved from reflecting the same 70/30 split of men and women that is true globally in the profession to a nearly 50/50 split. If it ended here, the story would be inspiring, but what is truly worth celebrating is that the story does not stop there. The greater story is in the actual strategic steps taken, which, if replicated, have the potential to have an even broader impact by digging into the specific steps Turnitin’s Technical Support Team has taken that made the difference. To do that, we should hear from some of the Women at Turnitin themselves.

Steph Gomes, an Associate Database Engineer, identified the first critical step: leadership commitment. Steph began her career at Turnitin on the Support team. “I've moved on from support a couple of years ago. But when I look back at my experience on the team, the important thing was that management believed in my abilities and trusted my competencies without any gender bias. Thanks to them, I was able to progress through the various levels on support, up to Tier 3. When I decided to go back to university to do a Masters in Computer Science, [leadership] supported me and allowed me to go part-time. Without that support, I would have either not done the degree or quit my job. So I'm very thankful for the opportunity they created for me. Also, when it came to moving onto DBOps, [my manager] encouraged me and was instrumental in my success.”

From the beginning it was clear that the push to balance out gender roles would require a long term commitment. Too many times, DEIB initiatives are announced, but when progress doesn’t happen overnight or the changes required create too much disruption, the will diminishes. In those cases, often all that’s left is a promise unfulfilled and a loss of faith in any future efforts. This story, though, isn’t like that; in this story, leadership at every level committed to this work, invested in making it happen, and stayed true to the goal. From the CEO, down through the leadership of Customer Experience, and into the Support organization itself, everyone went “all in” on this work. In fact, even today with the progress that has been made, the team is asking itself, “What next? How can we do more? How can we scale this to other parts of the company?”

Step 2: Flexibility and willingness to see beyond historical practice

As powerful as a commitment to this work is, it isn’t enough on its own. Real change has to accompany the dedication. With that in mind, leaders set about putting the second step—flexibility and willingness to see beyond historical practice—to work by adopting a term time model, a seismic shift from previous approaches. The idea behind a term time model is that the organization flexes work schedules to fit the term time, or the time when educational institutions are “in-session.” Basically, people work more hours during peak times and less time outside of those times. When the peak times are well established by data, both employers and employees can plan ahead and work out flexible schedules that ensure that the needs of both are met. One of the advantages to this approach is that it acts as a complete game-changer for people who might not be able to work within a more rigid schedule, such as parents and caregivers. For caregivers (of all kinds), this model allows them to flex up and down to align to their availability without causing a huge disruption.

When the Technical Support organization pushed to make this shift, what they immediately saw is that it met the needs of the organization, but it also opened opportunities for some demographics who could not have even considered Technical Support work in the past. While either men or women can be caregivers, global data indicates that women tend to carry a much greater burden in caregiving responsibilities for both the young and the elderly with approximately 70% of unpaid caregiving provided by women-identifying individuals (Garijo, 2020). In practical terms, the shift to flexible scheduling meant that far greater numbers of women-identifying individuals had access to a career in technical support at Turnitin.

Another Turnitin support leader, Dawn Irons, also started her career here through the term time model, and her experience leads into the critical third step in the organization’s transformation—mentors and coaching. Dawn said, “I started with Turnitin working a term time shift within Tier 1 support and loved both the role and flexibility it brought. I joined the Technical Support team with a new desire to learn all about tech support and in the mindset that I had no immediate career or leadership aspirations, having recently left a support team leadership role elsewhere that often brought daily KPI pressures, long hours, little family time and very little rewards. Although I was loving my life at Turnitin in my role, I was often encouraged by my manager at the time to review my career aspirations and to reignite some of the skills I had and to put them to good use at Turnitin! When the Quality and Knowledge Manager role became available, I saw a new and exciting opportunity. With the support and confidence that management had in my abilities, I knew it was the right time to develop my career with Turnitin. This time round, I am in a leadership role where I can have a great work / life balance, and I feel rewarded from just being in such a fantastic supportive team!”

From Dawn’s experience, it’s clear that the flexibility and commitment from leadership were essential, but so too were direct coaching and mentoring. Dawn, herself, wasn’t looking for a leadership opportunity; however, her own manager coached her to pursue those opportunities. This is another area that can be easily replicated on other teams, especially as Turnitin (and other tech companies) look to overcome the persistent “broken rung” challenge that often obstructs true gender equity in career advancement.

The data shows that women simply aren’t promoted at the same rates as their male counterparts, and when that happens at the first phase of advancement, it leads to fewer women even eligible for advanced leadership roles, creating a vicious cycle that perpetuates inequality. When managers like Dawn’s see the early potential and aggressively coach and encourage, it can help to combat the systemic challenges. When that approach is applied at scale, obviously, the impact can be even greater. That philosophy has already advanced a broader strategy at Turnitin, where recognition of the impact of coaching and mentors for diversity efforts led to Turnitin’s move to institute and support employee resource groups, including the Women at Turnitin Thriving (W.A.T.T.) dedicated to supporting our women-identifying employees and supporting their goals.

The fourth and final replicable step toward achieving DEIB goals may seem obvious, but it needs to be called out explicitly as it underlies all the other efforts and is exemplified in the success stories of the women of the support organization. An absolutely critical step in the process is an investment in development with clear growth pathways. This work starts with clear job families that walk out the specific skills needed at each progression so that both the employee and the manager have a shared consensus around what needs to happen to make the leap. Obviously, this clarity helps to reduce some of the subjectivity that can allow unconscious bias to cause trouble.

That clarity, though, is only one piece of the puzzle. Beyond that, there must be an investment in the development of employees, and that investment is a major component of the success story of Turnitin’s support organization. From manager training opportunities to career coaching and mentors, and on to Code Academy subscriptions to build technical skill sets and free and open access to LinkedIn Learning professional development courses (and allocated time to access them!), going all the way through to Turnitin’s education reimbursement plan—each of these pieces has been leveraged to help build the career mobility of the women on the team (as well as the men). The investment has clearly paid dividends, as well; at least four women on the team have pursued advanced certification or full degree programs, resulting in advancement to leadership and/or higher technical roles.

One of those women, Jess Graham, describes the impact that an investment in development has had on her path at Turnitin. “I started working at Turnitin in August 2019 during the evening shift. As I was at University at the same time, this required that I swap two days during the week for a Saturday and Sunday shift. I was really grateful that leadership and anyone else who had to ultimately agree on such a decision did so without hesitation as this not only allowed me to complete my studies but it also allowed for a peace of mind. As someone who came from a previous job where everything was pretty restrictive and there wasn't really much encouragement or appreciation for those undertaking professional development, this was a breath of fresh air to say the least… I'm also grateful to [support leadership] for supporting me when I decided to apply for a different role; it was quite different to the experience I had gained whilst working on cases and their patience and belief that I would settle in this new role was greatly appreciated.”

Where to go from here then? Within the immediate realm of Turnitin’s Technical Support organization, the leadership team is already strategizing around next steps, seeking to expand and enhance their efforts. Though this is a wonderful success story, worthy of celebration, we are aware that there is more to do and will continue to learn and grow as we proceed on our DEIB journey. Even so, we believe these initiatives are replicable, though not easy or simple, and that means these successes need not end with the support team. Other teams at Turnitin—and beyond—can leverage the lessons learned by the leadership AND realize some of the same progress.