A Gradescope use case with Hokeun Kim, Assistant Professor at Hanyang University, Korea. 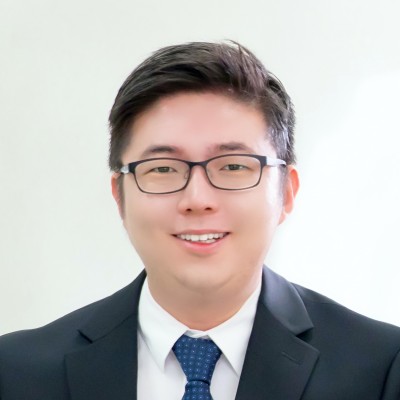 Computer science is a dynamic field of study that is increasing rapidly in our digital era. Indicative of its demand, US Bureau of Labor Statistics data has projected growth in computer science by 21% into 2028, making it one of the fastest-growing professions in the global economy. Of significance to prospective graduates entering the world of work and the institutions that train them, the rollout of computer science programs is not without its challenges for universities.

Korea’s education sector has established an excellent reputation when it comes to investment in computer science, but even Korean institutions are not immune from the challenges that grading and feedback brings. It points to the importance of an assessment and grading platform that understands the distinct challenges of STEM-based education, and further still, caters to the needs of computer science educators and their students. Hokeun Kim, Assistant Professor of Hanyang University and long-term user of Gradescope knows this all too well, and shares his journey as a practitioner of computer science.

When asked about the greatest challenge for educators in Computer Science, Hokeun nominates the grading of programming labs and programming assignments as chief among them: “It’s hard to understand where students get stuck and to help debug unless you’re sitting together and looking at students' code… [and] some submitted codes are not compilable or gradable without adjusting the grader's environment.” He further explains that standard LMS’s are not equipped for the nuances of grading programming assignments, and how it’s challenging to give feedback manually; requiring use of shell scripts to mimic auto-graders, which takes a significant amount of time.

Hokeun has been observing these challenges for quite some time - spanning his experience as a student and transition to teaching: “I first felt it when I was a freshman at a university. It was challenging to receive timely and helpful feedback from educators or teaching assistants. When I became a TA myself, I initially felt that it was not easy to give feedback to that many students.” When estimating the time it used to take him to manually mark prior to Gradescope, Hokeun explains that it typically took about two weeks for an exam: “a lot of time was spent when I adjusted rubric and grading policies depending on students' overall performance. Also, double-checking and summing up the total points took quite some time.”

Given the above-mentioned issues, Hokeun was open to finding an innovative solution to streamline the grader workflow and improve both the educator and student experience. In 2013, when he was a Graduate Student Instructor (GSI) at UC Berkeley, the opportunity was presented, in the form of Gradescope. As a newly-released, trailblazing software designed by 2 UC Berkeley PhD students and professor who were also dissatisfied with the ‘pain’ of STEM grading, word spread fast around campus about its capabilities to transform the grading experience. Hokeun’s co-GSI had learnt about it during GSI training and insisted on putting it to the test in their next exam grading session; setting in motion Hokeun’s 9-year journey with the Gradescope platform that continues to this day.

In terms of what won him over during that initial trial, Hokeun recalls Gradescope’s capacity to accommodate a grading group (in this particular instance, two educators and two TAs) and grade exam questions simultaneously. It gave them freedom to assign specific exam questions to grade for each person, and accomplish this intuitively without the back and forward paper shuffling characteristic of manual methods: “It was amazing that we did not have to pass around the exam sheets once the exams were scanned and uploaded to Gradescope.”

Recalling the heightened difficulties students have in computer science and international non-completion rates, the stakes are particularly high and remind us of the importance of student support and scaffolding in a grading solution. Responding to the nature of computer science learning, autograders have emerged in these courses to automatically assess and/or provide feedback to students on their code through pre-configured input that is delivered intuitively as students reach learning checkpoints. Allowing for real-time input within a student’s workflow so as not to delay just-in-time feedback, it reduces the chances for educators to become a bottleneck in the process and saves them precious time.

With computer science woven into Gradescope’s rationale for better STEM grading, the platform’s language-agnostic autograder capability has provided a two-fold benefit for Hokeun. Not only has it enabled greater progress in the use of autograders in assessment to align with his teaching objectives, it has also had a meaningful impact on the student experience and their engagement with learning materials. As Hokeun recalls, “My students at Hanyang University told me that the autograders were magical. These features brought my class to another level, besides the flexible rubric for exams and homework.”

Hokeun’s praise for Gradescope’s supplementary feature - Dynamic Rubrics - that can be used both summatively for exams, and formatively for homework, raises another important consideration: is there a measurable benefit of more ongoing feedback to inform next steps for learning in computer science courses? In a 2019 study exploring meaningful, automated formative feedback for programming assignments, the authors discovered that “simply knowing what fails does not help students sufficiently, and may stimulate system gaming behavior… in contrast, the gap between the current and expected states seem to provide sufficient information for students to move forward and fix errors in the context of a computer science course where multiple support venues were available.”

These findings of this study and others like it support the notion that frequency and transparency in grading and feedback is a notable predictor of student engagement and skill attainment. It’s echoed in Hokeun’s own experience with Gradescope as validated by his students: “they really liked the feedback and rubric features. In the course evaluation, students said they liked that they could see the rubric and how they got the scores transparently.”

Efficiency is key to happier, more productive educators, but the conditions are not always met amidst the competing demands of higher education and the resource crunch facing most institutions today. Thankfully, learning providers are increasingly acknowledging the role technology plays in reducing administrative burdens on educators and supporting pedagogy and student success.

Not all education technology solutions are created equal however, and institutions only need to look at the evaluations from educators themselves, to get a sense of this. Case in point, when asked what distinguishes Gradescope from a different, prescribed software he had previously used for programming interviews, Hokeun remarks on the flexibility that puts educators in the driver’s seat: “Gradescope is designed to help educators and students communicate and let the educators customize their way of education.”

Furthermore, Gradescope has worked wonders for Hokeun’s grading schedule and time management, halving time spent grading. For example, when grading exams which used to take Hokeun an estimated 16-21 hours, adoption of Gradescope has cut it down to 6-9 hours. Similarly, when grading programming assignments (approximately 3 programming assignments per semester), and before the introduction of Gradescope, the task would take 10-13 hours per assignment. With Gradescope, it now takes 5-7 hours, and is cut down further to 3-4 hours if an autograder is used in tandem.

The time savings are invaluable, and the benefits also spread to collaborative grading settings. According to Hokeun, “My colleagues and I felt that we saved a lot of time because we didn't have to pass the exam sheets around for collaborative grading. In addition, we had online discussions on rubric and policies as well as how to handle students' regrading requests”.

And more efficient and responsive teachers equal students who are better placed to succeed. Amongst the average 40 students per class, Hokeun explains: “I could get back to students with feedback a lot quicker, usually within 3-4 days. For programming assignments, the feedback was given to students almost instantly and automatically.” He goes on to say, “After using Gradescope, I observed that students' overall satisfaction level increased thanks to transparent and quicker feedback, and educators' and TAs' burdens were reduced.”

The impact of Gradescope and future plans

Reflecting on the positive legacy Gradescope has had on his work, the overarching benefit for Hokeun has been the robust and timely feedback it enables him to provide to students. Furthermore, and perhaps the greatest affirmation of Gradescope’s impact, is the shift in teaching mindset. According to Hokeun, “Gradescope has shifted my duty from tedious and time-consuming manual work to more thoughtful consideration for grading”.

Hokeun’s long-term loyalty to the Gradescope platform shows no signs of slowing down. Indeed, Hokeun explains that he is looking to expand his use by deploying Gradescope for the grading of homework based on selected exercises from textbooks, rather than using an LMS. Eager for other educators to leverage the benefits of Gradescope, Hokeun advises that he has recommended Gradescope to multiple colleagues and fellow faculty members at Hanyang University, plus those teaching at other Korean institutions, and will continue singing its praises.

Seeking to transform your grading into learning?

Trial Gradescope for yourself!

Not grading a STEM subject? No problem! Gradescope is suitable for all subjects and embraced by educators in courses that span humanities, language and even music, to name a few.

How to transform autograding into smarter grading

Autograders are undeniably helpful for supporting student computer science assessments at scale. When paired with...

The latest innovative Gradescope features and a look...

At Gradescope by Turnitin, we are continuously working on initiatives to...