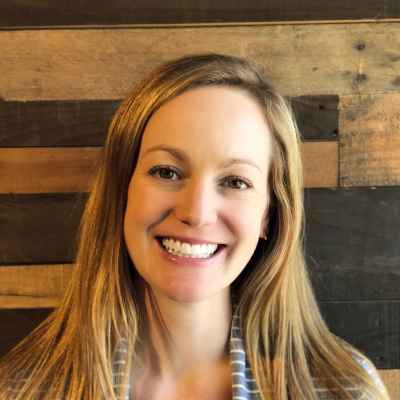 American universities are melting pots of cultures and ideas, a blending of communities from all over the world. While there are a wide variety of cultural differences, here are a few distinct concepts from around the world that differ from the US definition of academic integrity that we hope will inform your pedagogical approach.

In the US, plagiarism is defined as a situation where an individual passes off someone else's ideas as their own. Starting in elementary school, most American kids learn how to create "Works Cited" pages in order to properly attribute quotes, ideas, and facts to their original authors.

At the university level, students are required to formally cite their research papers and projects to comply with their college's honor code policy. While the system of educating American students on academic integrity is not perfect, it continues to improve and overall, strives to provide a framework for students to understand that original work and proper attribution is valued and respected by others.

Interesting challenges have developed in schools and universities across the US where students from different countries enter the academic integrity space as defined by American culture. The Miami Student, a newspaper written by the student body at Miami University of Ohio, published an article in May about how academic dishonesty cases don't tell the full story. Carol Olausen, the director of Miami's American Culture and English (ACE) Program, explains:

Patience, compassion, and a variety of educational resources can help international students with their understanding of plagiarism here in America. And while there are a wide variety of cultural differences, here are a few distinct concepts from around the world that differ from the US definition of academic integrity.

A collectivist culture is one that prioritizes the goals and desires of the whole over the needs of the individual. Often in East Asian countries like South Korea, Japan, and China, ideas that are beneficial to and shared by the community are not individually attributed, but rather recognized as universal knowledge.

Students that grow up with this perspective may not understand why citations at the end of a research paper are important; furthermore, citations might even make them feel uncomfortable, as they recognize individual authors above the community as a whole. It’s important to acknowledge this discomfort as a student adopts the Western model of academic integrity.

Memorization as a Form of Respect

Throughout much of East Asia, students in schools are taught the explicit hierarchies within widespread Confucian principles of respecting those who offer wisdom by memorizing their teachings. Whether in history, social studies, science, or literature, most East Asian students are discouraged from producing original work in an academic setting and instead advised to remember and repeat the ideas of the masters in those subject areas as a form of respect.

This is an example in which students don’t have ill intentions when plagiarizing, and rather, need illumination on what plagiarism means in Western academia.

The Banking Model of Education

Whether fueled by underlying Confucian principles or not, the “banking model of education,” coined by Paolo Freire, is prevalent in other cultures. Culture can be defined by race as in the case of East Asian students or even within our own country’s educational system, in certain geographical pockets, as detractors to student-centered-learning very much exist.

The consequences of teacher-centered pedagogy reflect on student behavior. For example, East Asian students often do memorize and mimic sources instead of generating original ideas. This mimicry is even encouraged by instructors. When confronted with a Western definition of plagiarism and citation, students find themselves having to re-define academic integrity. As educators, we have a teaching opportunity to introduce academic integrity and facilitate our students to original thinking.

Understanding the Concept of Plagiarism

For some cultures, there is no formalized understanding of plagiarism. In Eritrea, there is no legal copyright protection either for authors within their country or for writers of foreign works. If a student arrives in the United States without a working definition of plagiarism from their home country, it may be difficult to comprehend and adhere to the US concept of academic integrity.

This is a global issue, one that isn’t just rooted in Asia or Africa. Research has found that understanding of plagiarism also fluctuates from region to region within Europe. For instance, only 33% of students surveyed in Poland were found to understand plagiarism policies. This pattern is also reflected in Bulgarian students, 20% of whom were unable to identify instances of plagiarism.

In their paper “International Perspectives on Plagiarism and Considerations for Teaching International Trainees,” Elizabeth Heitman and Sergio Litewka states that students from “former Soviet-bloc countries (Bulgaria, Croatia, and Russia) were more accepting of academic misconduct than were their counterparts in Western Europe or the United States and less likely to report others’ cheating when they knew about it.”

Let’s continue to Latin America. In “Discussing Plagiarism in Latin American Science. Brazilian Researchers Begin to Address an Ethical Issue,” researchers Sonia Vasconcelos, Jacqueline Leta, André Pinto, and Martha M. Sorenson describe Latin America as “lagging behind” other regions in discussions about academic misconduct, including plagiarism. They further state, “[in Brazil] plagiarism is an under-discussed problem, which has less to do with the lack of a problem than with the lack of initiatives to broaden the discussion on this issue.”

As universities diversify campuses, it is becoming increasingly important to address cultural differences in plagiarism. In some cases, universities are opening campuses abroad, further opening themselves to different interpretations and different student bodies. Our world and education are globalizing, and empathy for where and how students understand academic integrity, as well as setting clear expectations, is critical to supporting original ideas.

For students and educators alike, it's important to think about academic integrity as a learned concept. By approaching alternate perspectives with compassion, we can teach academic integrity without demeaning or dismissing student cultural backgrounds. In acknowledging a student’s entire cultural history, we acknowledge their entire being, which results in an egalitarian classroom.

And ultimately, we can celebrate both similarities and differences within education across the country and the world.